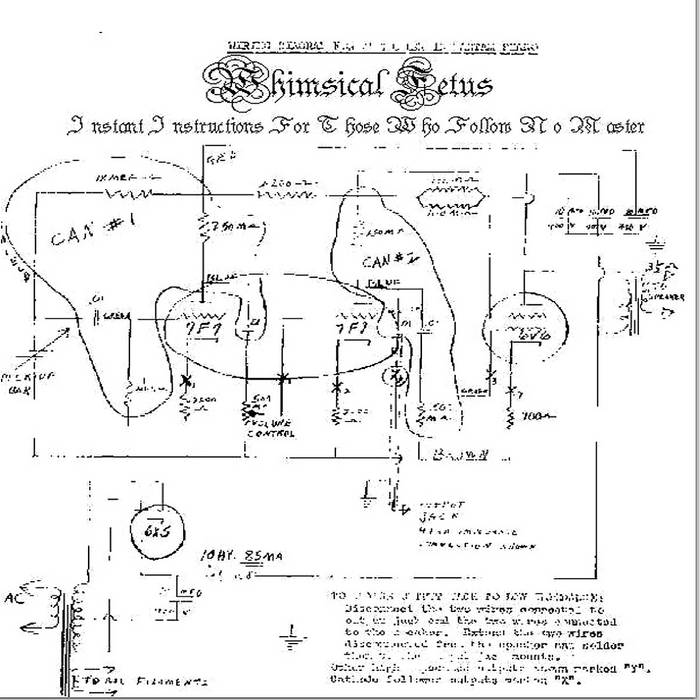 The final release in the current batch of Whimsical Fetus reissues and it is one of my favorites. The original Instant Instructions was record in 2002 and consisted of 6-tracks at just over 20-minutes. A lot of them were experiments in sound and space using abused synthesizers and tape loops. Two of the tracks, however, were lost to time and were not able to be included in this release.

So what did we here at Neon Doom do?

We dug into the archives and found two similarly minded tracks to replace them. One from 2001, which is an 18-minute exercise that would fit right in on an early Conrad Schnitzler album.

The CD Version of the album includes Meditation 3, a 40-minute drone experiment from 2010, which also happens to be the very last recording the band ever performed.

It all equals out to a 72-minute, jam packed synthesizer adventure for the senses.

The CD Version is Available at: www.createspace.com/2060720