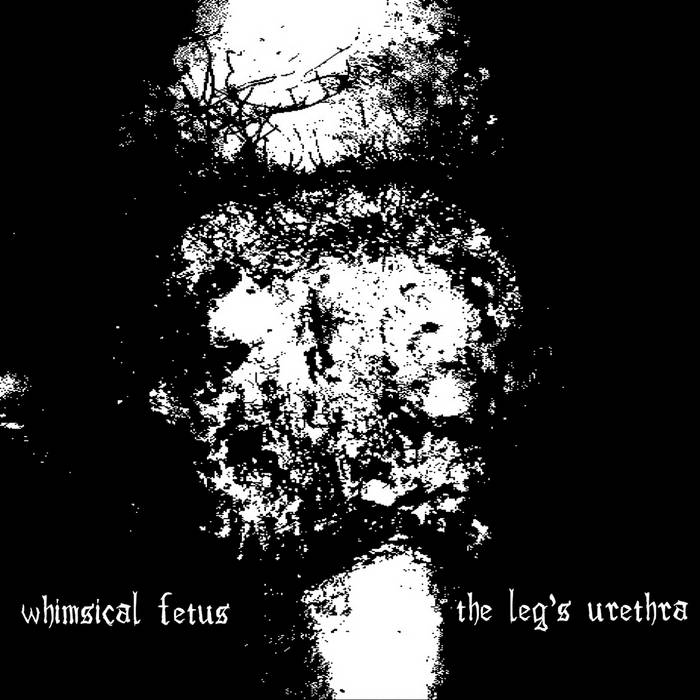 Recorded in a garage during a balmy August night in 2003, this improvised performance brought together a lot of the strengths found in the bizarro collective known as “Whimsical Fetus” that usually can’t be captured so easily on recordings.

Allow me to muse… I feel that most 100% improvised noise music is a hollow experience that can only be enjoyed by the performers. Over the years, as noise music has become more and more mainstream in the hipster chic communities, I feel that improvised noise music has quickly become a way in which people try to contort their philosophical hodgepodge rhetoric into music as an escape from critics who would be able to more easily judge their ideals when written on paper instead of through the more obtuse use of sound.

To me this is the ruin of music in the experimental genre. Music should be able to speak volumes without the need to sit down and muse half thoughts picked up and distorted from other philosophical luminaries. When you listen to a truly great, 100% improvised piece, it shouldn’t sound 100% improvised. It shouldn’t sound like every other 100% improvised piece in a wall of chaotic noise and similar effects spreading ad nauseum so that you can name the exact pedal being used to generate it. Yes, you can use your music as a platform for new ideas, but they shouldn’t be a cover for bullshit terrible pap.

The Leg’s Urethra is a performance that stands out of place and time. A work that doesn’t need any legs to stand on but the recorded sounds. Sure, there is plenty of rhetoric and ideas hidden in it, but if you don’t find them through the music, then they either failed at their mission or you just didn’t pick up on them.